I was asked by a customer to make a couple of my kiwi spoons which are specially designed (by the kiwi marketing board of New Zealand) for the eating of kiwi fruit on picnics, public transport or wherever you like really. These have been posted and are hopefully now in Australia, all wrapped up in colourful paper, awaiting their unwrapping on December 25th and I thought it would be interesting for the recipients to see where they came from and how they were made. 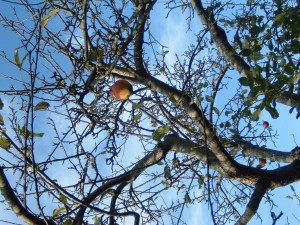 The wood is Apple, from the Kidds Orange Red Apple tree in my back garden. Appropriatley enough Mr. Kidd was an orchard owner living in New Zealand in the early 20th century so in the absence of any real kiwi vine to carve, this is probably the next best thing.

Having pruned a good branch, I found a straight, fairly knot free section, sawed it out and then split it with a little axe. 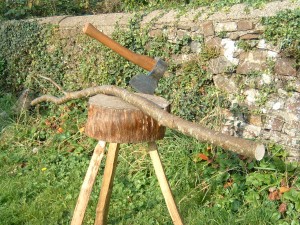 Luckily there was not too much of a spiral in the grain so it was possible to square off each face and rough out the shape with the side axe. This is nervy stuff on such small objects! The axe weighs 1.25 kilos and is sharp enough to shave with, so I use a combination of short tapping chops whilst holding the head of the axe as well as cuts where I lever the blade on the chopping block and use it as a very big knife.  The next stage is to put away the axe and use carving knives to remove smaller amounts of wood to attain the desired shape. 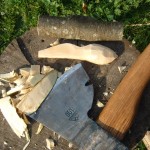 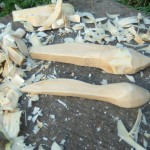 L: spoon roughed out with axe

R: The same after a bit of whittling with a knife.

The bowl is hollowed out using a crook knife or spoon knife. The one in the picture was made by Ben Orford and leaves a really clean cut across the grain which needs next to no sanding. 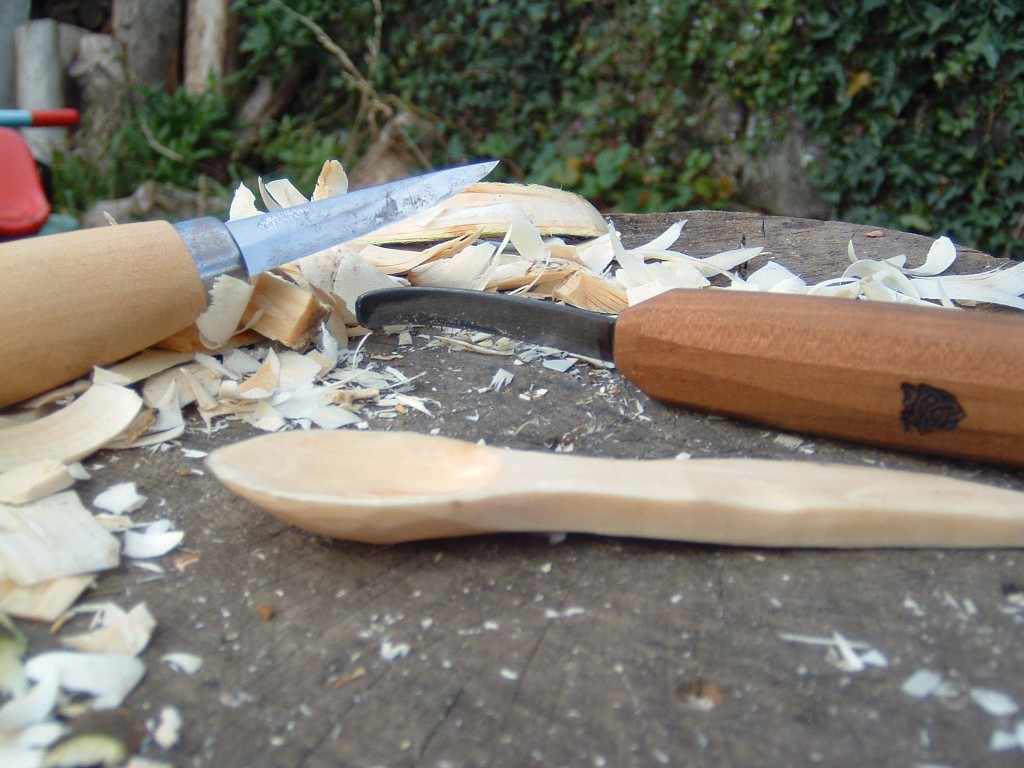 I’m making more and more spoons with a tooled finish but these particular spoons come up best finished with 800 grit sandpaper. The sanding is not done to remove lots of wood and shape the object but to give a smooth, even and very tactile finish. As the wood was carved ‘green’ i.e. freshly cut from the tree, it had to dry out for a few days before using any abrasives on it. The last part of the process was to cut the serrations in the handle to make it into a blade that can cut the Kiwi fruit in half. It is easy to spoil the spoon with a wrong cut so this part was done in a calm frame of mind in a calm house when the kids were at school. 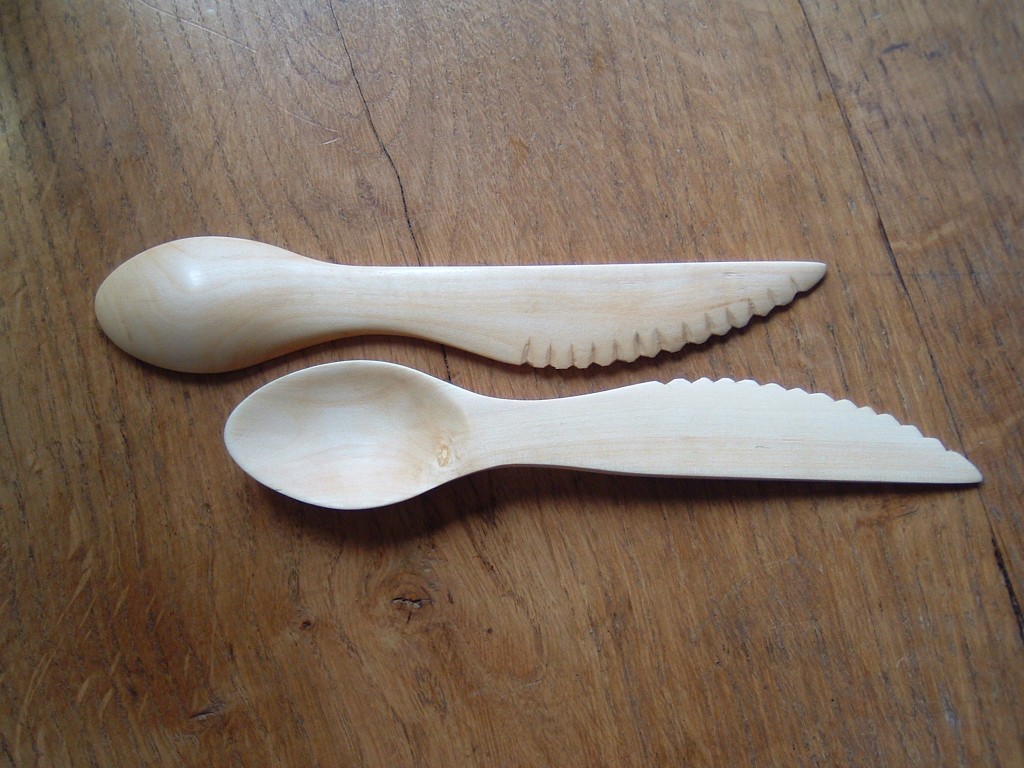 These spoons are from opposite sides of the same split branch and match pretty closely. They have been treated with a light coat of sunflower oil. After the eating of kiwi fruit or anything else, they can be washed or wiped with warm water and given another wipe with similar oil from time to time if they look a bit dry. If you would like them to look like driftwood then put them in a dishwasher – I don’t recommend this!  I hope their new antipodean owners enjoy using them to partake of a diet high in vitamin C and flavinoid antioxidants. It was a pleasure to make them. 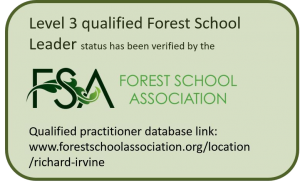